5 Good driving habits to save money on car insurance 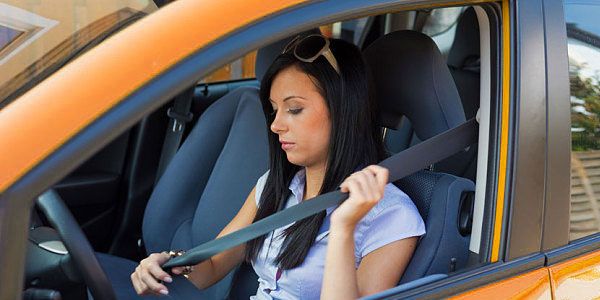 5 Good driving habits to save money on car insurance[/caption]

After a home, a car is probably the second-costliest purchase you make in your lifetime. Unfortunately, the costs associated don’t seem to stop when you drive off the dealer’s lot - whether it’s for after-sales maintenance, modifications, or for insurance.

According to the Bureau of Labor Statistics, owning and driving a vehicle accounts for the second-largest household expense in the US. The yearly maintenance costs roughly around $8,700, according to a study named AAA's Your Driving Costs.

Getting car insurance is something mandatory. You can’t skip that to lower costs. However, just by following some driving best practices you can lower the premiums you pay.

Here are the top 5s.

Have you changed job recently, or moved to a new place? May you’ve moved to a place where everything is nearby. Keep a close eye on the odometer to save money. As you know reduced mileage means reduced rates, make sure you make the necessary changes in your policy as soon as you move to a new place to avoid unnecessary high rates.

Joining a carpooling has benefits beyond helping the environment. If you carpool with three other people, with each driving one-week shifts, you can cut the miles you drive by up to 70%. And the less mileage you drive, the less you pay in insurance.

If you get a citation for not wearing a seatbelt, your insurance company could see you as a potential threat, hence can increase your premiums at renewal.

Many states have ‘click it or ticket’ schemes to force citizens to use safety restraints while driving. Many states allow officials to ticket drivers for ignoring this. And a single ticket in your history is enough to raise your rates.

4) Don’t text while you drive

It’s a law and not mere a best practice. At least 25 states have regulations banning drivers texting or calling while driving. Violating the same can result in getting a citation. Consequently, your car insurance premiums will increase even if no accident occurs.

Even worse, if you meet an accident while texting and driving, you could face more severe charges for reckless driving, or eventually time in jail.

While it’s possible that you manage to save more than 60% in the very first year, your rates might be bumped up by up to 10% if your insurance provider doesn’t like the way you drive. However, still worth taking the risk.

Which of these do you think you’ll do first? Let’s know in the comments.